Among US research universities, unprecedented attention is being paid to improving undergraduate science, technology, engineering, and mathematics (STEM) education, fueled by much better evidence about learning and teaching practices than ever before, and the possibility of enhancing learning among all of our students. This interactive talk (morning) and workshop (lunch/afternoon) examines how higher education STEM faculty and disciplines are positioned to contribute, and ways to take action on Caltech's unique Core curriculum and goals.

After framing some of the challenges and opportunities in higher education, we will examine tools and case studies together. Through evidence from both lower and upper division courses, and from interventions to include more women in physics and physical sciences, we will distill principles and approaches for educational improvement and work on ways to apply them in your courses this year. Since course transformations are insufficient for sustained change, we will place these efforts in a context of more holistic institutional change strategies that can support our more localized efforts. 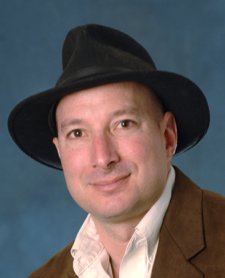 Noah Finkelstein received a Bachelor's degree in mathematics from Yale University and his PhD. for work in applied physics from Princeton University. He is currently a Professor of Physics at the University of Colorado Boulder and conducts research is in physics education. He serves as one of the directors of the Physics Education Research (PER) group at Colorado, one of the largest research groups in physics education in the country. Finkelstein is also a director of the national-scale Center for STEM Learning, which has become one of eight national demonstration sites for the Association of American Universities' STEM Education Initiative.

Finkelstein's research focuses on studying the conditions that support students' interest and ability in physics – developing models of context. These research projects range from the specifics of student learning particular concepts to the departmental and institutional scales of sustainable educational transformation.  This research has resulted in over 120 publications, and more than 450 public presentations.

Finkelstein has been a key figure in building the physics education research community in the United States. Recently he has also been establishing a national network among university-based centers of STEM education, in partnership with the Association of Public and Land-grant Universities (APLU).

Finkelstein is increasingly involved in policy, and in 2010, he testified before the US Congress on the state of STEM education at the undergraduate and graduate levels. Finkelstein has and continues to serve on many national boards in physics education, including:  inaugural member (2006) and vice-Chair (2008) of the Physics Education Research Leadership Organizing Council, and Chair (2011, 2012) of the Committee on Education of the American Physical Society (APS), inaugural past-chair (2014) of the APS Topical Group on PER, and Chair of the AAPT Public Policy Committee (2008-) and APS Education Policy Committee (2012, 2016). He serves on the Board of Trustees for the Higher Learning Commission, which accredits more than 1,000 institutions of higher education in the U.S. (2014-), is a member of the Technical Advisory Board for the AAU's new Initiative for Improving Undergraduate STEM Education (2011-), and very involved in APLU's efforts in the Science and Mathematics Teacher Imperative.

More information
on Noah: http://spot.colorado.edu/~finkelsn
on PER: http://per.colorado.edu
on the Center for STEM Learning; http://www.colorado.edu/csl